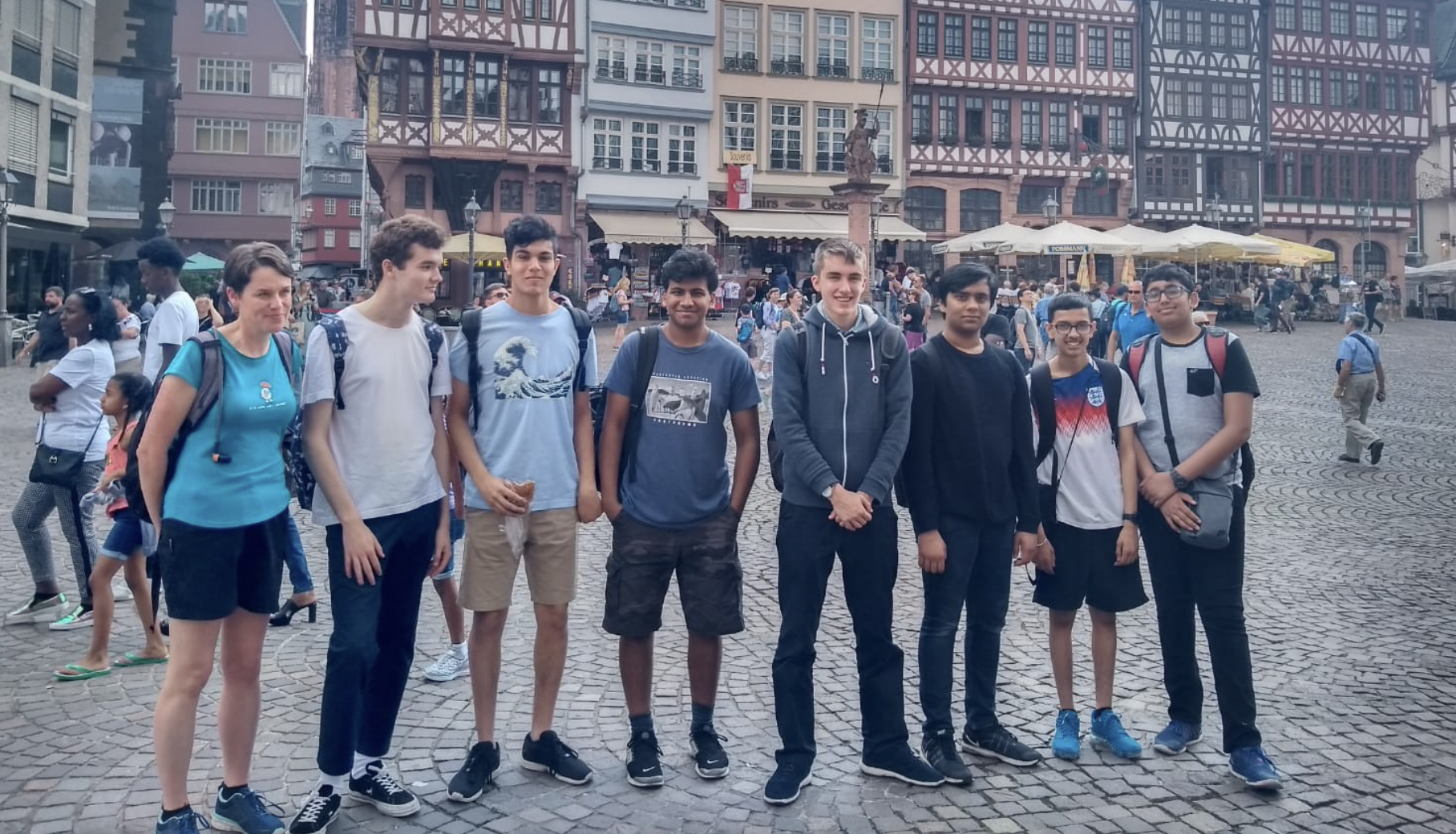 Our work experience in Frankfurt….

This year’s work experience trip to Frankfurt was a success in all aspects, from the German learnt by the boys to the amount of fun had exploring Frankfurt and even the less obvious aspects of the trip such as the sweltering weather, which peaked at 38°C.

A painless check-in experience at Birmingham Airport began the trip with a confident stride and but an hour and a half flight saw Mrs Wells accompanied by all seven of the years 11 and 12 boys land in Frankfurt, ready to immerse themselves in the German experience. Bags were collected at the airport, and through the winding maze that is the German train system, the U7 and S9 trains took us to our meeting point with the host families, at the Schule am Ried, our exchange school in Enkheim. A short trip on the bus took the fortunate majority of us quickly to our host families, where introductions were made and gifts given to those who would be kindly letting us stay with them until the 28thJune.

Friday morning was occupied by visiting our employers for the trip and familiarising ourselves with how to get to these placements, and the afternoon by exploring the Frankfurt Altstadt, the old part of town. We were shown around the main tourist area of Frankfurt by Mrs Wells and Frau Konietzny, the teacher from the Schule am Ried who organised the work placements for us. We spent the weekend with our host families before we began at the different placements; this year we had boys at an advertising agency, a primary school, a kindergarten, a hospital and the Frankfurt University of Applied Sciences. As you can imagine, these places all offered a very diverse range of experiences, but they all had one thing in common – the boys had to speak in German. This made the work experience a valuable opportunity for the boys to further advance their speaking skillsand pick up on the more subtle quirks of the spoken language. The employers were however very welcoming and ensured that we all had a pleasant time.

The placements did not take up the whole of our time in Frankfurt, and we were able to explore the city in the afternoon. We saw all Frankfurt had to offer, such as the Kleinmarkthalle, a market hall with food from all over the world, and of course the famous Frankfurt sausages. A trip to the viewing deck of the Main Tower gave us a view of the famous Frankfurt skyline and streets lined with German shops of all kinds allowed for some interesting purchases of German snacks and such to eat at work or as gifts for family members back home in England. Closer to home, Bergen-Enkheim offered many fun things for the boys to do, such as the huge Riedbad swimming pool and the School festival that took place on Thursday. Along with a quality doner shop by the station that some of the boys visited an unhealthy amount of times, Enkheim also had its very own shopping centre, the Hessen Center, in which the boys and teachers met twice during the week for Spaghettieis and catch up chat. The first meeting was on Monday and we discussed our initial thoughts of our work experiences with both Frau Wells and Frau Thomson, but the second visit on Thursday allowed us to take advantage of some school-funded impressive looking ice cream. Thursday was, however, the day before we were to leave Germany and so the conversation fell on looking back on the week and the fun we had at our placements, the German we had learnt and such things as we realised that our experiences were over. Saying goodbye to our employers and families with heavy hearts, we found our way to Enkheim station for one last train journey to Frankfurt airport. We landed, tired and relieved, back in England as our trip to Germany finally concluded. The trip was an incredible experience for all the boys, and we would like to thank Frau Wells for organising the trip, Frau Konietzny for organising the boys’ families to stay with and the work placements, as well as Frau Thomson who made the work experience visits. We had an incredible experience in Frankfurt and we would strongly recommend this trip to those looking to improve their German and find out more about the German culture. 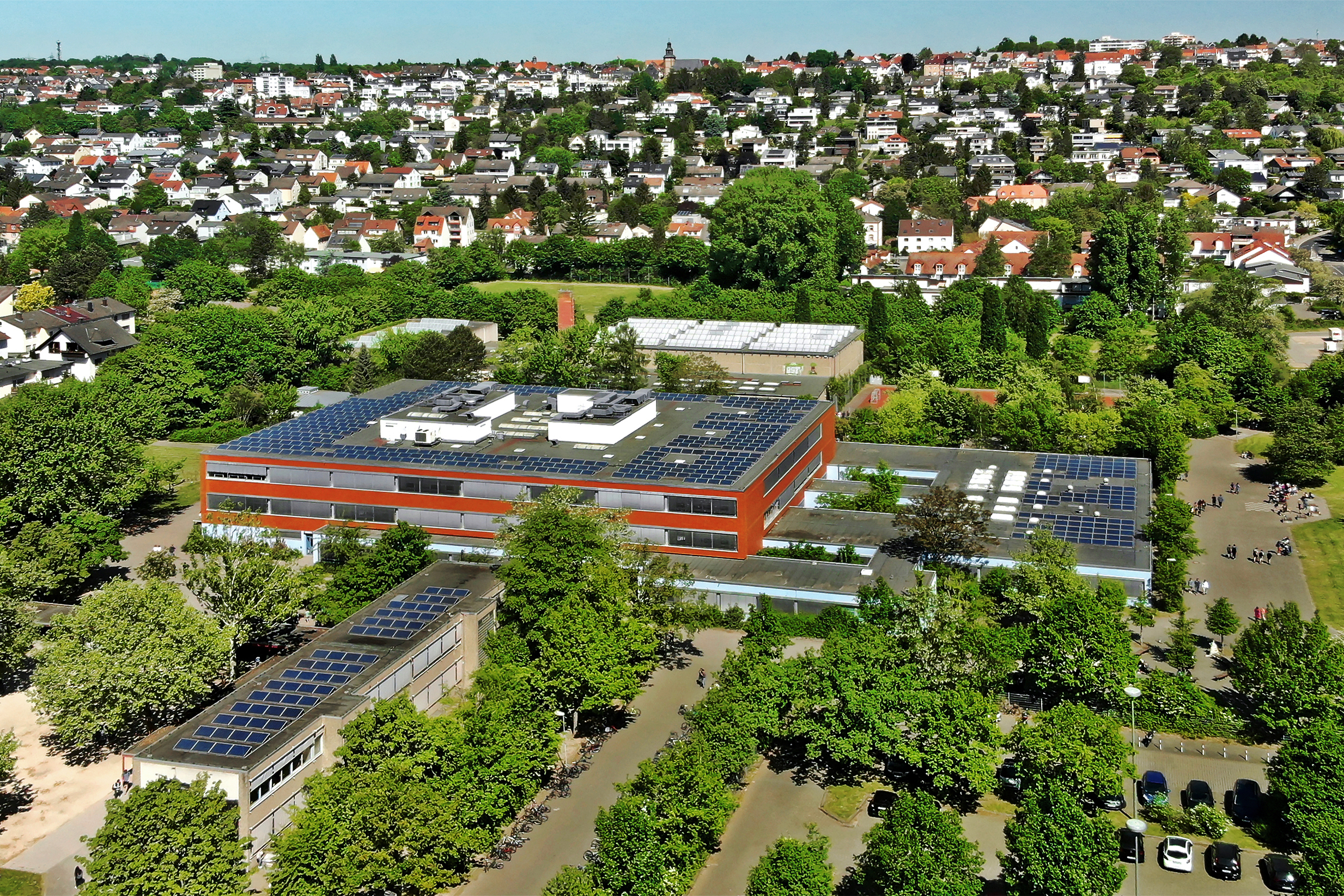 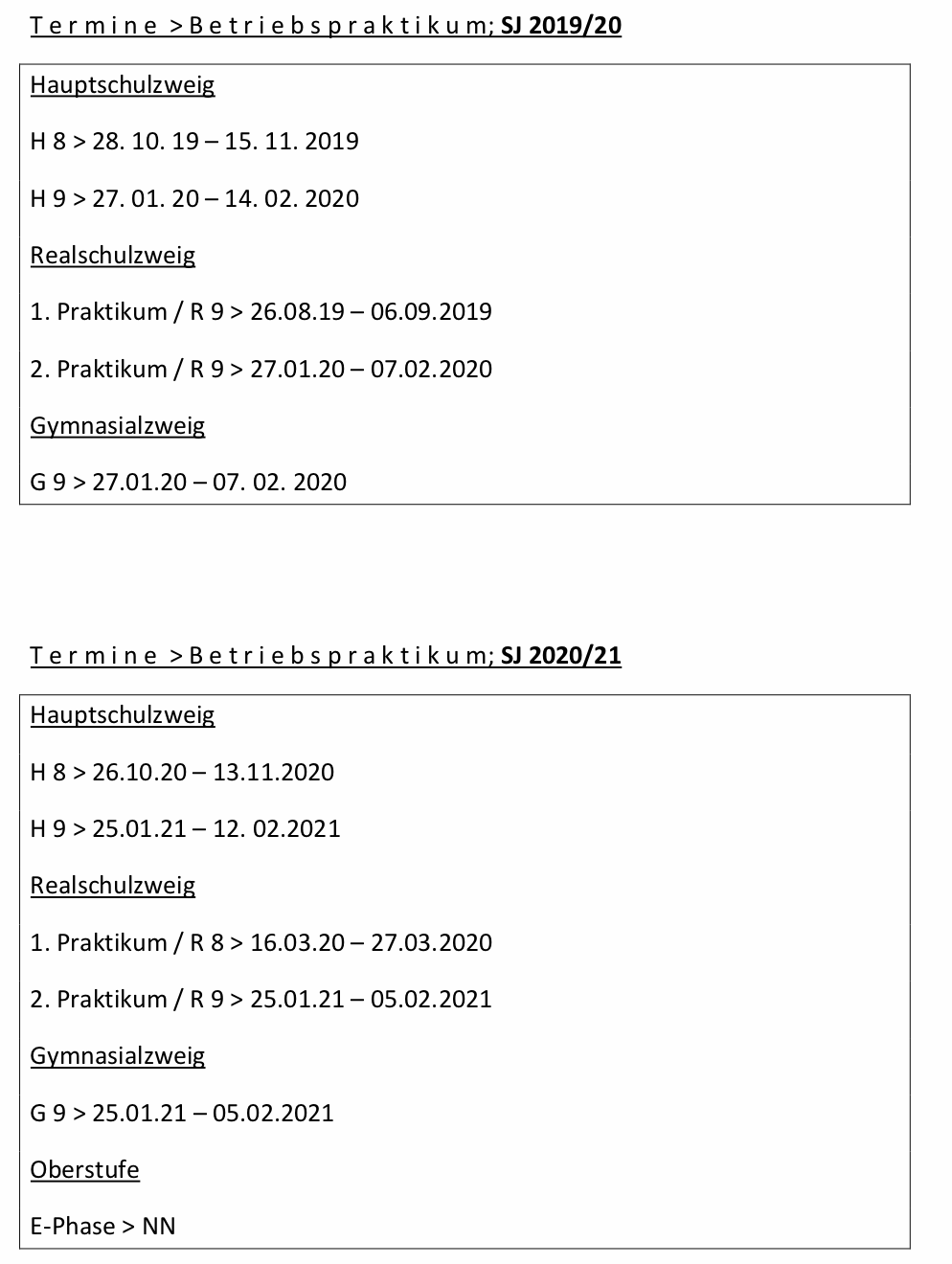